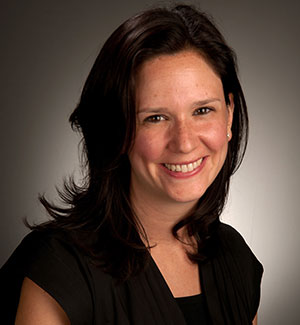 Rabbi Annie Tucker brings her love of teaching, writing, and community building to Temple Israel Center where she serves as spiritual leader, overseeing the religious and educational arms of our synagogue. Other areas of focus include pastoral and bereavement support, member engagement and outreach, inclusion efforts, and organizational change. She enjoys working with individuals across the age span and is always free for a cup of coffee or a brisk walk!

From 2006-2013, Tucker served as Associate Rabbi of The Jewish Center, a Conservative congregation in Princeton, NJ, where she was integrally involved in the synagogue’s education and youth community, serving as lead professional on their religious school change initiative for which she earned an Ateret Kavod award for innovation. She was also known for creating dynamic programming including an annual confirmation class service mission to New Orleans and women’s trips to Israel, Eastern Europe, and Jewish Spain.

Most recently Tucker was Senior Rabbi at Beth Hillel Bnai Emunah in Wilmette, IL where she introduced new opportunities for adult learning, developed initiatives to engage children and families, and deepened the community’s commitment to Disability, Keruv (Interfaith), and LGBTQ inclusion as well as social justice efforts. She also developed a Young Professionals Group for those in their 20’s and 30’s.

Rabbi Tucker serves on the Executive Council and Joint Placement Commission of the Rabbinical Assembly and on the JTS Alumni Advisory Board. 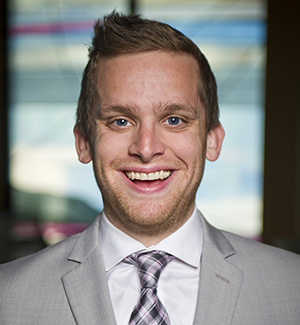 Adir Yolkut received his rabbinic ordination from The Ziegler School of Rabbinic Studies in Los Angeles, CA in 2016. While at Ziegler, he concentrated his studies in halakhah (Jewish Law) and Talmud. While in school, Adir was honored to take part in AIPAC’s Leffell fellowship, lead a b’nai mitzvah summer camp with the JDC in Siberia, and interned at Temple Beth Am, honing his voice and learning under the mentorship of Rabbi Cheryl Peretz and Rabbi Adam Kligfeld. Originally from St. Louis, Missouri, Adir spent his college years at List College, the joint program between the Jewish Theological Seminary and Columbia University where he received degrees in both American History and Talmud.

He served three years as the Assistant Rabbi at the Westchester Jewish Center in Mamaroneck, where he built his rabbinate around the integration of the shul into the larger Mamaroneck/Larchmont community, innovative tefillah programming, and teaching culturally relevant and resonant Torah. Recently he pioneered the role of Experiential Education and Tefillah Coordinator at Golda Och Academy in West Orange, NJ. There, he developed a new family b’nai mitzvah program, recalibrated  the tefillah curriculum, and created engaging experiential education programming.

In his spare time, Adir is an avid St. Louis/Mizzou sports fan, coffee drinker, lover of CrossFit, and is always willing to theorize on Game of Thrones and anything pop culture related! He and his wife Lauren love to cook and host Shabbat meals together and look forward to getting to know you all! 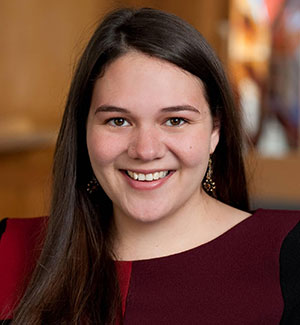 Cantor, Rabbi Shoshi Levin Goldberg’s mission is to meet people where they are and to walk alongside others as they develop their Jewish lives. She uses a participatory style of prayer and music that brings people together and makes Judaism accessible to people from different backgrounds. Cantor, Rabbi Levin Goldberg loves empowering others to lead davening and read Torah or Haftarah. At her core, she is an educator, lifelong learner, and believes in whole-family education. She is passionate about working with B’nai Mitzvah and teens because her most formative Jewish experiences were during her teenage years. She feels it is a blessing to serve as a source of spiritual support for individuals and families in both their happiest and toughest moments.

Cantor, Rabbi Levin Goldberg has a Masters degree in Sacred Music from the Jewish Theological Seminary and was ordained as a rabbi in May 2020. In addition to Shabbat, hagim, and other hazzan responsibilities, she is actively involved in assisting with our schools, youth, and b’nai mitzvah families. She has had a wide range of cantorial and educational experience including at B’nai Jeshurun, Shaare Zedek, Mechon Hadar, Camp Ramah Nyack, and Westchester Jewish Center.

Rabbi Gordon Tucker served as the Senior Rabbi of Temple Israel Center from 1994–2018 and is currently the Senior Rabbi Emeritus. During his tenure, Rabbi Tucker worked to strengthen three primary areas of Jewish life: education for all ages, the spirituality of worship, and the obligation to reach out to the less fortunate. Launched in 2018, The Rabbi Gordon Tucker Fund for Jewish Learning, Thought and Culture was established to honor Rabbi Tucker for his renowned reputation for Jewish learning and scholarship and to secure his legacy for the future.

Currently, Rabbi Tucker is a Senior Fellow at the Shalom Hartman Institute of North America. He is the author of numerous articles on a wide range of subjects in Jewish thought, and published a translation with commentary (entitled “Heavenly Torah”) on Rabbi Abraham Joshua Heschel’s major three-volume Hebrew work on rabbinic theology. In 2018, Rabbi Tucker published a commentary on Pirkei Avot, in collaboration with Rabbi Tamar Elad Appelbaum, titled Pirkei Avot Lev Shalem: The Wisdom of Our Sages, edited by Martin S. Cohen.

A native of New York City, he holds an A.B. degree from Harvard University and a Ph.D. in Philosophy from Princeton University. He was ordained a Rabbi in 1975 by The Jewish Theological Seminary of America (JTSA). Rabbi Tucker joined the faculty of JTSA in 1976 and has taught there continuously ever since. He is currently an Adjunct Assistant Professor of Jewish Philosophy. From 1984 to 1992, he was Dean of the Rabbinical School at JTSA, in which capacity he directed the training of more than 200 rabbis.

He is a member (and former Chairman) of the Board of the Masorti Foundation for Conservative Judaism in Israel, and served on the Committee on Jewish Law and Standards of the Rabbinical Assembly from 1982 to 2007. While on a leave of absence from JTSA beginning in 1979, Rabbi Tucker served as a White House Fellow in the office of United States Attorney General Benjamin R. Civiletti.

Cantor Mendelson served as the Cantor at Temple Israel Center from 1986 until he retired in 2014 and is currently Cantor Emeritus. For more than 25 years, Cantor Mendelson enriched our community with his beautiful Hazzanut.

Growing up in Brooklyn, New York, he witnessed the dwindling days of the Golden Age of Hazzanut. Now, as both an international performer and one of the leading cantorial masters of today, he is passing on his art to a new generation of cantors. For over 25 years he has taught at the Hebrew Union College School of Sacred Music, and the H.L. Miller Cantorial School at the Jewish Theological Seminary. Cantor Mendelson has the unique honor of receiving honorary doctorates from the Jewish Theological Seminary and Hebrew Union College.

Cantor Mendelson is a graduate of the Hebrew Union College School of Sacred Music and the American Opera Center at the Juilliard School. He is the composer of Weekday Mincha and Maariv and Improvisations on Shabbat Shacharit published by the Cantors Assembly, the organization in which he served as president in 2003 and 2004.

He created the role of Shabtai Tz’vi in the world premiere of Richard Teitelbaum’s Scenes From Tz’vi held at both Bard College and La Biennale in Venice. After a Carnegie Hall concert, the New York Times raved: “Mendelson’s performance was magical… emotionally unguarded.” In January 2006, he sang the memorial prayer at the United Nations General Assembly, on the occasion of the first International Day to Commemorate Victims of the Holocaust.

Cantor Mendelson’s discography includes Cantorial Recitatives by Legendary Masters, The Birthday of the World Part I and Part II, A Taste of Eternity, narrated by Leonard Nimoy, Jewish Music and More, recorded with his wife, Cantor Fredda Mendelson, Hazonos, called “…jazz album of the year” by Wired Magazine, recorded with Frank London and his son, Daniel Mendelson, and most recently, Further Definitions of the Days of Awe, with the Afro Semitic Experience, also featuring his son Daniel.

Cantor Emeritus William Wolff served our community for 25 years, from 1954–1979.